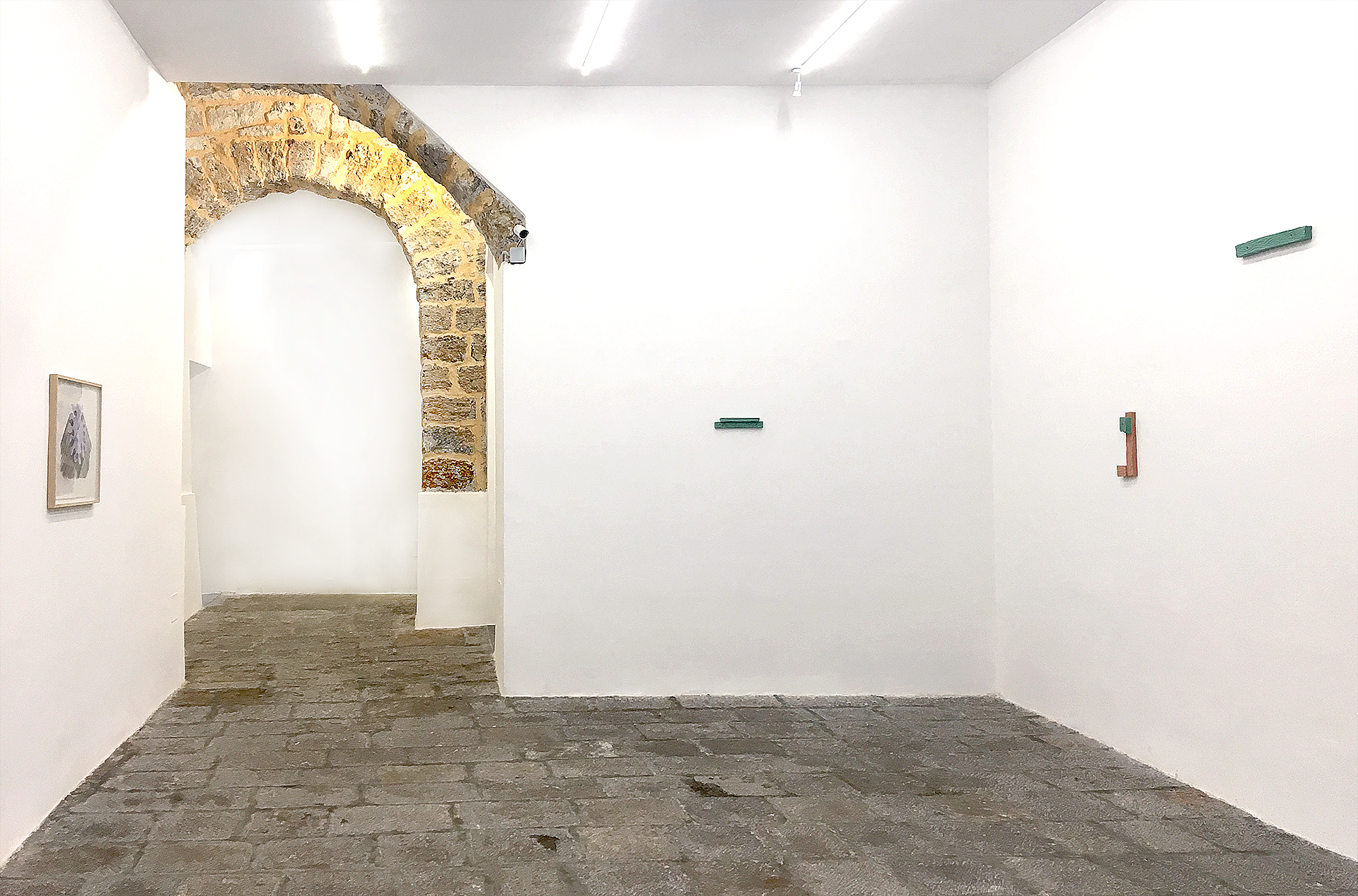 RizzutoGallery is pleased to present EDITIONS: DEACON – MADERTHANER, which brings together the work of the well-known sculptor Richard Deacon (Bangor, Wales, 1949; lives and works in London) and that of the younger artist Katharina Maderthaner (Meerbusch, Germany, 1982; lives and works in Duesseldorf).

This presentation, which will be inaugurated on Saturday, April 27th at 6 pm – is related to the exhibition of Richard Deacon and Katharina Maderthaner at MUSEO RISO from April 26th to June 26th 2019, where the two artists will present unpublished works created for the occasion.

The British sculptor and Turner Prize winner (1987) Richard Deacon is one of the leading exponents of contemporary sculpture. The more than four decades of work by the sculptor is characterized by dynamic abstract forms and an extraordinary variety of materials.
Deacon works are visible in major public museums around the world and the most important international collections.

Katharina Maderthaner (1982) is one of the younger, up-and-coming sculptor generation. Her works are regularly shown in national and international exhibitions and convince with humorous and at the same time serious transformations of phenomena of the everyday. Since graduating from Kunstakademie Düsseldorf in 2014, Maderthaner has already received several awards.

Deacon’s works will enter into dialogue with those of Katharina Maderthaner, who studied with him at Kunstakadmie Düsseldorf.
Linked by a constructive relationship between former teacher and student, which is continued with a deep professional appreciation, elements come together in their works that connect them: the use of particular materials and their manipulation; the evocation of the world of everyday things, which transforms the quotidian into something of metaphorical; the need to rework the experience through a work of synthesis and sublimation, up to the creation of something absolutely new.

Dichotomies are always present in the works of both artists: hardness and malleability, organic and geometric, grace and discomfort (in Deacon); True and simulated, original and fake, good and bad taste (in Maderthaner), in the works of both each sensation is transformed into another, blurring the boundaries. 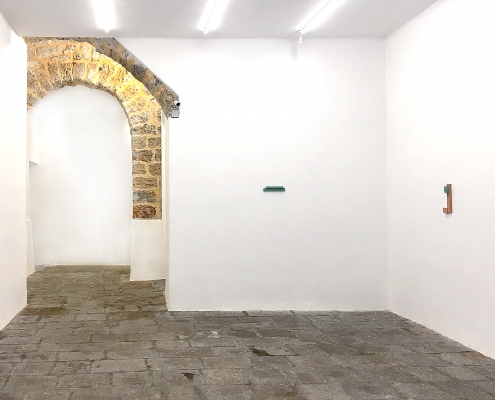 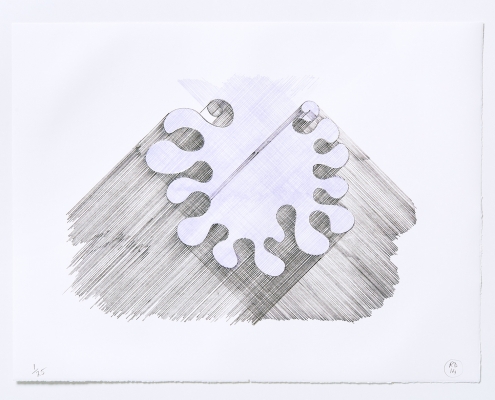 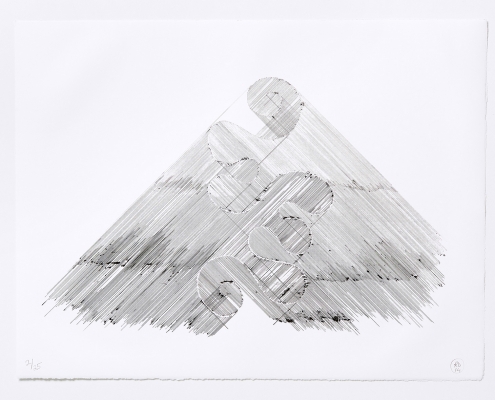 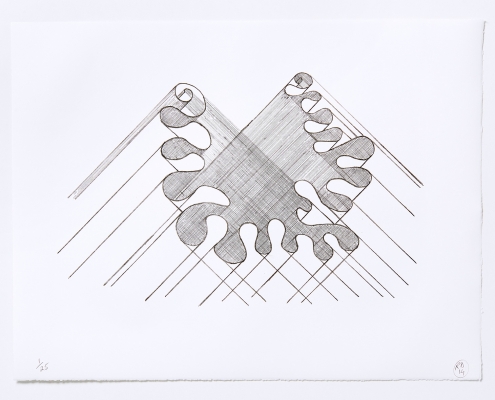 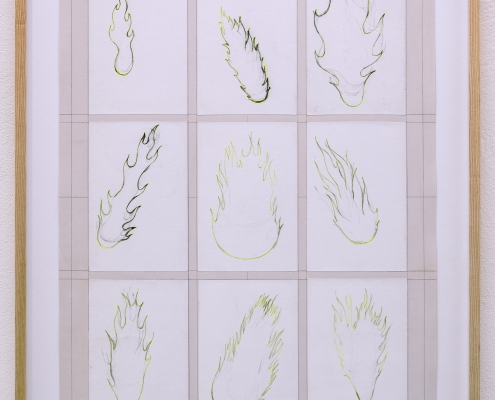 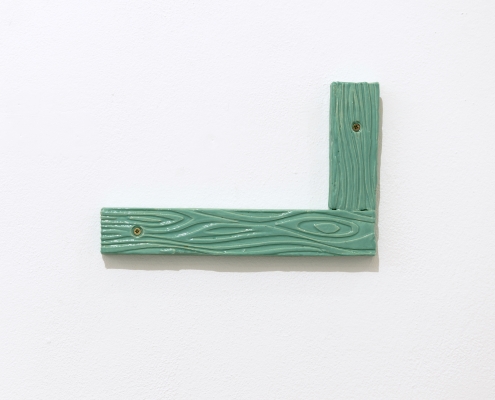 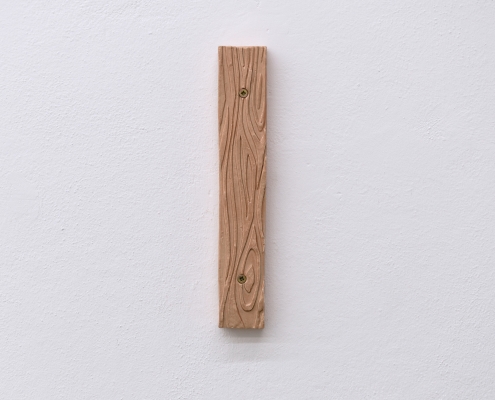 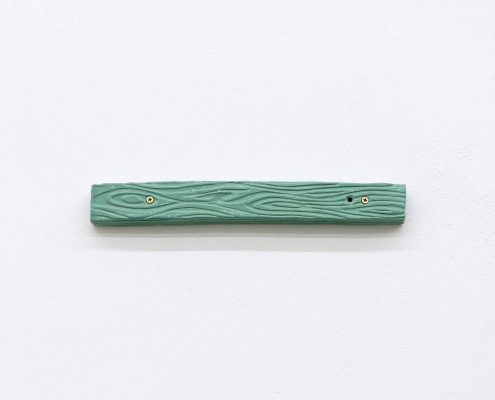 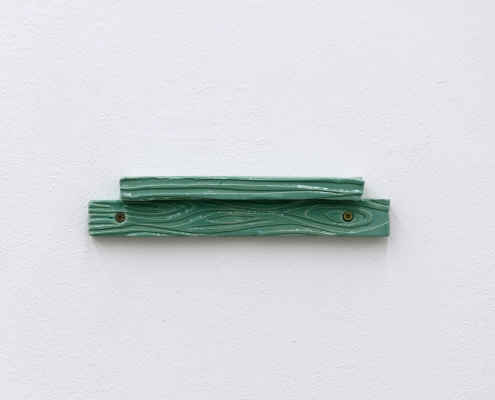