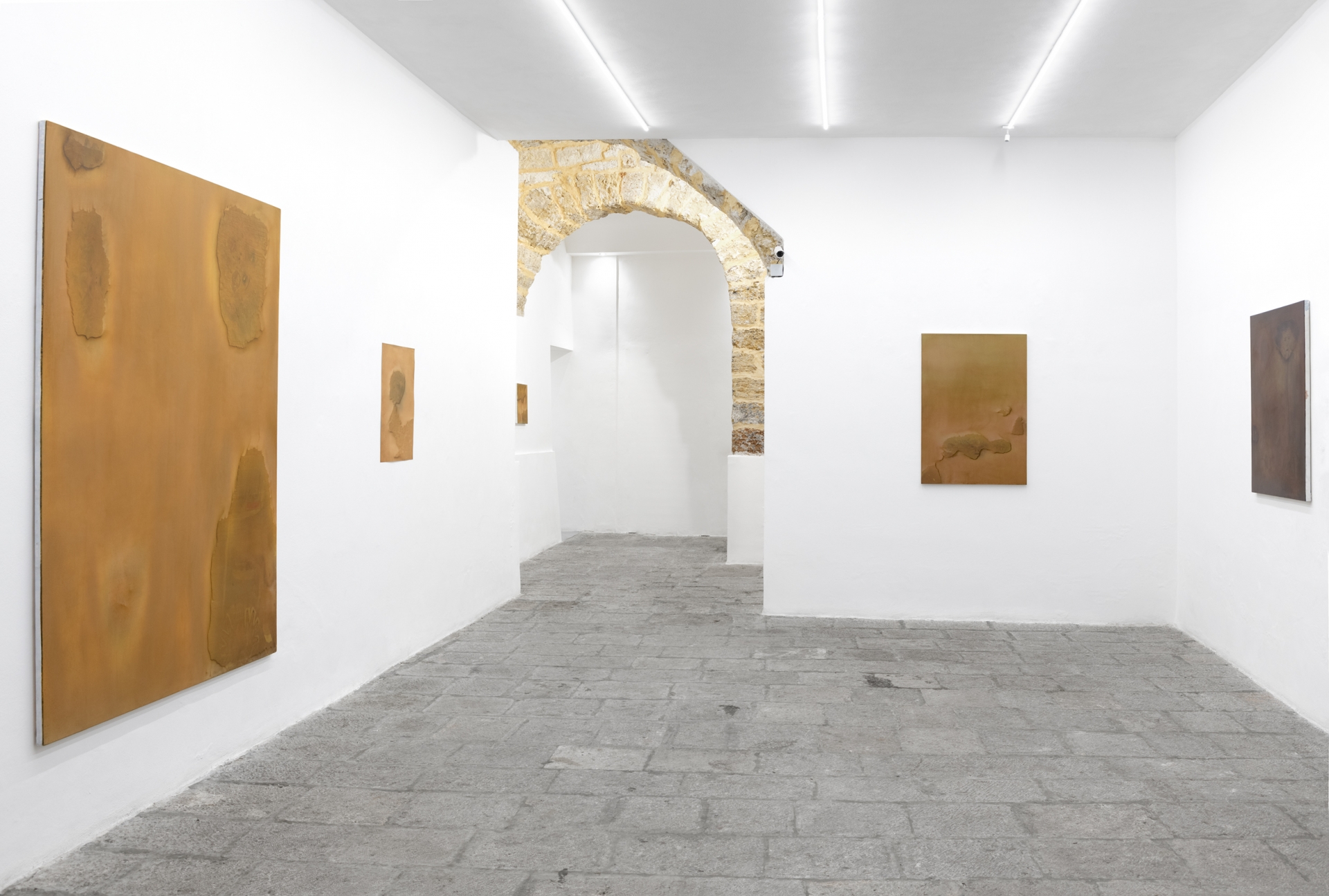 RizzutoGallery is pleased to present Doom Decor, Giuseppe Adamo personal exhibition which will be inaugurated on Saturday 5 February 2022 at 6 pm, and will remain open until 5 March, from Tuesday to Saturday, 3 to 7 pm.

On display a new cycle of works that the artist’s produced between 2019 and 2022.

In this series of works, Adamo continues his research on perceptive deceptions and on the relationship between natural phenomena and pictorial process, inserting new elements that extend the field of investigation into more explicitly figurative territories.

In the already experienced germination of natural forms and rocky surfaces furrowed by the erosive action of time, fragments of faces and anatomical parts trapped in matter appear, leading to a broader reflection on the passage of time and on the material dimension of our existence.

Refined painter among the most precious of the new Sicilian pictorial scene, Giuseppe Adamo thinks about the pictorial language free from narrative necessities, moving in a borderland between figuration and abstraction.

His works are smooth and polished surfaces, totally devoid of the thickness of the material, from which three-dimensional shapes emerge, obtained from a very fluid painting made by overlapping, transparencies and tonal variations. The paintings, with imaginary furrows and apparent engravings, seem to be defined as a micro residue of a vegetable or mineral macro universe; the close look, almost an exploration under the microscope, from another perspective becomes a bird’s eye view, recording of geographical maps, lands, gardens, earth or lunar crusts.

And if it is true that abstraction dominates, it is equally true that the search for form – or rather its incipit – is never set aside. Thus, while the ultra-flat image is overturned in an almost rocky density, the monochrome matter clings to the possibility of a perimeter, of a closed pattern, of a form stuck in the pictorial texture.

In the most recent production, human faces and bodies emerge in the pictorial material, leading the search for form towards more explicitly figurative territories.

Graduated at the Academy of Fine Arts in Palermo, he has exhibited in solo and group exhibitions in Italy and abroad since 2006.

He lives and works in Sicily.