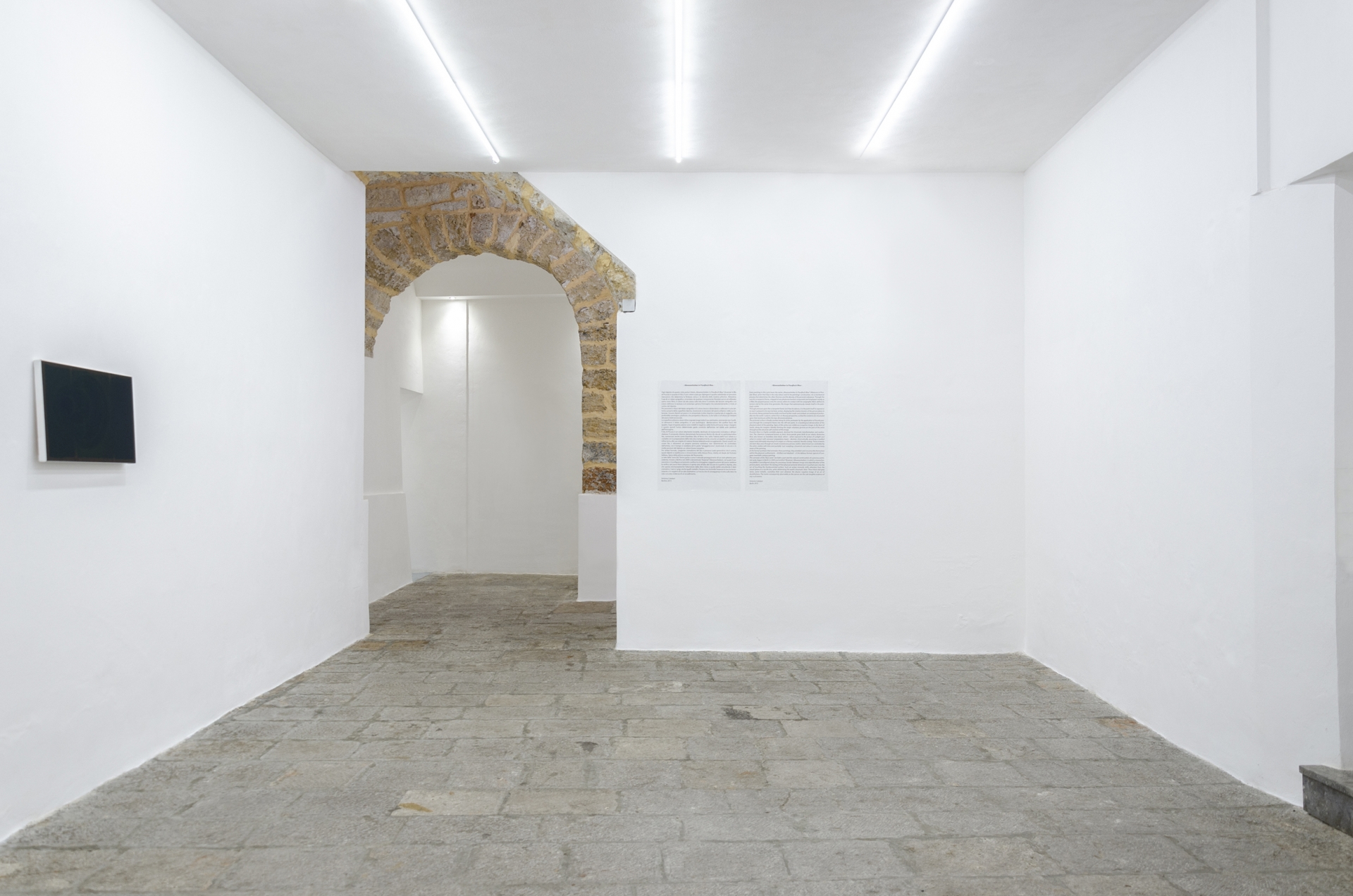 RizzutoGallery is proud to present Berliner Blau – an exhibition of works by Antonio Catelani (b. Florence, 1962), opening Wednesday March 23, 2022 at 6 pm and remaining on show until April 30, from Tuesday to Saturday, 3 pm – 7 pm.

With this third exhibition dedicated to the Florentine artist, RizzutoGallery celebrates the tenth year of his pictorial cycle entitled „Abwesenheiten in Preuβisch Blau” (Absences in Prussian Blue), a series begun in 2012 in Berlin, home to Catelani from 2007 to 2017. The gallery’s entire exhibition space will be dedicated to this vast and still ongoing pictorial cycle, the artist’s most extensive to date.

Over an artistic career spanning the more than thirty years since his emergence in 1985, Antonio Catelani has cultivated a rich and methodical investigation founded upon a focused regimentation of sculpture, painting and installation, plumbing their expressive possibilities and dismantling their boundaries, achieving a redefinition of their peculiarities through which each discipline emerges regenerated and fitted to renewed functions and expressivities.

Although Catelani first emerged as a sculptor and though he has always concentrated his attention on a sculptural territory that incorporates evident architectural inflections (the approach that marked his participation in the XLIII Venice Biennale in 1988, on the invitation of Giovanni Carandente), his pictorial exploration began almost simultaneously – at first in connection to installations, but evolving into self-contained paintings on canvas with his first such nucleus, ‘Tonsure’, in 1989. Various pictorial cycles have followed over the years since, culminating in those still in progress: in these monochrome canvases first black and then blue.

The first black monochromes – impenetrable and of an absolute physicality, entitled ‘Assenze’ (‘Absences’) and dating from 2008 in Berlin – stem from the casting of doubt, or, to put it better, from a loss of faith in the representational possibilities of painting and in the reality of the painted image itself, perceived as illusory. As an empirical datum, the act of touching the painted canvas, the freshly-applied pigment, by way of sensory verification of the real, the existent, imbues the canvas with the elusive negative image of an act of doubtfulness, effectively obliterating its chromatic data, given that an ultimately tactile painting has no need of tonal vacillations.

Upon the introduction of Prussian Blue, the works divest themselves of the rigid interrogations of the black monochromes; with the colour blue, the paintwork is unleashed into pure expressive and formal autonomy. The Genius Loci of the place that lends its name to the pigment of Prussian Blue – precisely the place where Catelani executed his first Blue paintings – plays its part by laying itself bare upon the canvas. In an unforeseeable and almost magical rendering, the ‘nature’ of the colour inscribes a chromatic topography that has something of the sublime; it is perhaps a latter-day ‘Romantic landscape’, understood as a manifestation of the intimate and primal power natural to that specific colour.

Together with this thematic declaration, relative to his Prussian Blue monochromes, the artist outlines the terms of a protocol, of a praxis tested by experience, that enlists chance events in the painting’s formalisation, in its final realisation: its ‘apparition’. In the subtraction of his presence and authorial capacity, the artist adopts a detachment from the work similar to that of the observer: having coordinated all the elements essential to what becomes a sort of aesthetic experiment, one only partially controlled, he awaits its final form as witness to its self-realisation.

… In the paintings entitled „Abwesenheiten in Preuβisch Blau” (Absences in Prussian Blue), blue is the only colour used to execute the painting, through the adoption of a mechanical process that determines the silken fineness and density of the pictorial substance. Through the use of a screenprint frame, employed merely as a filter, the oil paint passes onto the canvas, where the contact between the serigraphic fabric and the pigment defines the latter’s texture and at the same time generates the image that autonomously reveals itself in the centre of the painting. Through pressure upon the screenprint frame and then its release, it is the paint itself to expand or to reach outward, displaying the relative tension of the picture plane in its entirety. Being painted horizontally and level further instils and embeds an ontological profundity into the works’ subjects, rather than an illusory perspective, so that the contents are structured upon their enclosure within the two-dimensional plane. The pictorial surface is finally marked along its entire perimeter by the application of thumb pressure through the screenprint frame into the still-wet paint, in a tautological demarcation of the physical extent of the painting. Signs of this action are visible as a negative image, in the form of tracks, along the margins: thereby forming the single voluntary gesture on the part of the artist throughout the absolute self-creation of the image.

Prussian blue is a highly unstable pigment, destined for chromatic transformation and oxidisation. The chemical compound known as ferric ferrocyanide gives birth to an utterly distinctive blue, also known as Eisenblau (iron blue), which – when exposed to the action of sunlight and when in contact with canvases’ preparatory layers – deviates chromatically, assuming a mottled aspect and ultimately returning to its origins as a ferrous material, literally rusting. These artworks are born blue and, through an innate evolutionary process neither determined nor controlled by the artist, oxidise with time and partially ‘rust’, revealing a brownish-red colour in some or many areas of the painting. In the formal synthesis that animates these paintings, they establish and circumscribe themselves within the physical confinements, distilled and idealised, of the tableau format typical of European twentieth-century painting.

Indeed, as an artist Catelani developed within the wake of the art of the sixties and seventies, belonging to that motley generation of artists who surfaced on the Italian scene of 1985, the last specifically ‘Italian’ generation before the onset of globalisation; those artists who, in distinct antithesis to the preceding expressionist current dubbed Transavanguardia, championed the renewed linguistic experimentalism that opened the way to the art of the nineties and the post-millennium.

He has exhibited with many galleries and public institutions, amongst which, in Italy: